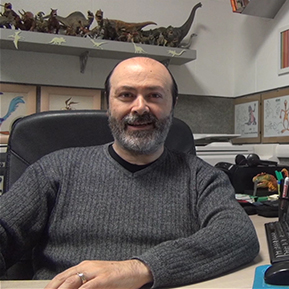 Raffaele Bortone is an author and producer, his projects are being examined by RAI, Mediaset, Cartoon-Programma Media. Other projects have been presented at various events: “Cartoons on the Bay”, “I Castelli Animati – Festival Internazionale del Cinema d’Animazione”, Cartoombria”, “Festival Internazionale di Pescara” (he is the winner of the first prize at this festival, with a film made in collaboration with the primary schools of the town of Velletri), “Forum Cartoon” of the Azzorre Islands with a project of his that had been selected by European Community. He took part in various international markets of the audiovisual, such as the Mip TV in Cannes, and was called to inspect and evaluate, in his position as RAI expert, studios in Barcelona and Potsdam.

He was also called by international organizations such as SPI of New York to inspect the production process for an animated TV series in the studios of DENGE Anymasion in Ankara (Turkey). He also realized for the Caricartoon company, as a character designer, the characters of two television serials: “Turist” and “Baydog”.

In 2002, together with Andrea Martini, he founded Animundi srl, an entrepreneurial project based on an innovative production method named PMS (Polygonal Motion System). Since then, a number of original projects of TV serials have been developed, e.g. “Micromondo” (26 x 6’30’’), “E-fox The Detective of the ImpAssible” (26 x 6’30’’) and “Jurassic Cubs and the journeys of the black meteorite” (26 x 104). 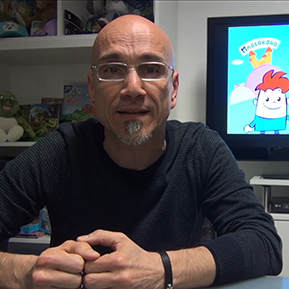 Since the end of the 1980s Andrea Martini has been involved, with various roles, in many productions. He worked on a number of films, spots and TV specials for Cartoon School and Di.Gi.International, among which it is worth mentioning TIZETA (Informagiovani – RAI Educational), “Videocorrierino” – Filmgroup, “Pastaguachi” (a spot transmitted by the Mediaset network), “Pony Edil Express” (a spot for the TMC TV network),”Petrolik” (special for AGIP Petroli), “Le Nuove Avventure di Kim” (animated feature film for Scik-Pegaso).

In the year 2002 he founded, with Raffaele Bortone, the ANIMUNDI Company, participating in the development of a number of the film’s original projects, for instance the TV serial Micromondo (26 x 6’30’’), E-fox – The Detective of the ImpAssible (26 x 6’30’’)  and “Jurassic Cubs and the journeys of the black meteorite (26 x 104).